"The worst ever kitchen company I come across" 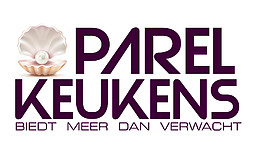 On 05-April, the first day of installation, they told me that their main installer has traveled to France from early March and they had to bring a new installer where the quality of his work was unknown to them!! They have also mentioned that they have never worked with him and my kitchen is the first joint work between them and the installer.

After this, They asked the second installer to come and he could not finish it either and caused a few more damages. As a result, they could not deliver my kitchen installation on time (Planned to be finished on Saturday 07-April-2018). For the third attempt, another Montage company came to my house on Tuesday (10-April-2018) to have a look.

However, they send me a new bill for the extra work and the 5% remainder of the kitchen installation, asking to be paid within 5 days of the invoice BEFORE EVEN COMPLETING THE KITCHEN INSTALLATION & FIXING THE DAMAGES.

I objected to this and I have told them in several emails with clear respect and goodwill that I will prefer to proceed with the payment upon full completion of the installation. As of my last attempt, I even went to their shop on April-2018 to try showing my goodwill with respect again and asking them to finish the installation. They even regret to handover the damaged parts that they reordered.

Also, a few of the photos are attached showing the detailed extensive damages they caused to my kitchen.

However they never come and left the kitchen in dangerous situation with electricity outlet exposed to outside!!!

At the end, I asked another company to come and fix all the problem that Parel Keuken has caused. Totaal Onderhoud did a great job and it took 5 full days to fix most of the problems.